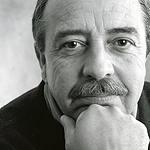 Maurício Abreu was born in Coimbra in 1954, and has lived in Setúbal since 1964. He took a degree in electrotechnical engineering at Lisbon's Higher Institute of Engineering (IST) in 1978. Since 1983 he has devoted his time solely to photography and has been involved in various works as photographer, producer and publisher in the fields of natural and cultural heritage, ethnography and traditional architecture.

He published and co-ordinated a collection of photographic books about various parts of Portugal like Ribatejo, Azores, Madeira, Algarve, Setúbal, Alentejo, Douro, Minho and Beira Litoral, accompanied by texts written by several Portuguese writers. Several of his books have been published by major portuguese publishing houses.

In 1997 he was honoured with the Honour Medal of Culture of the Setúbal City Council. In 2009 he was elected QEP (Qualified European Photographer) by the FEP (Federation of European National Professional Photographers Associations) in Belgium.﻿﻿﻿